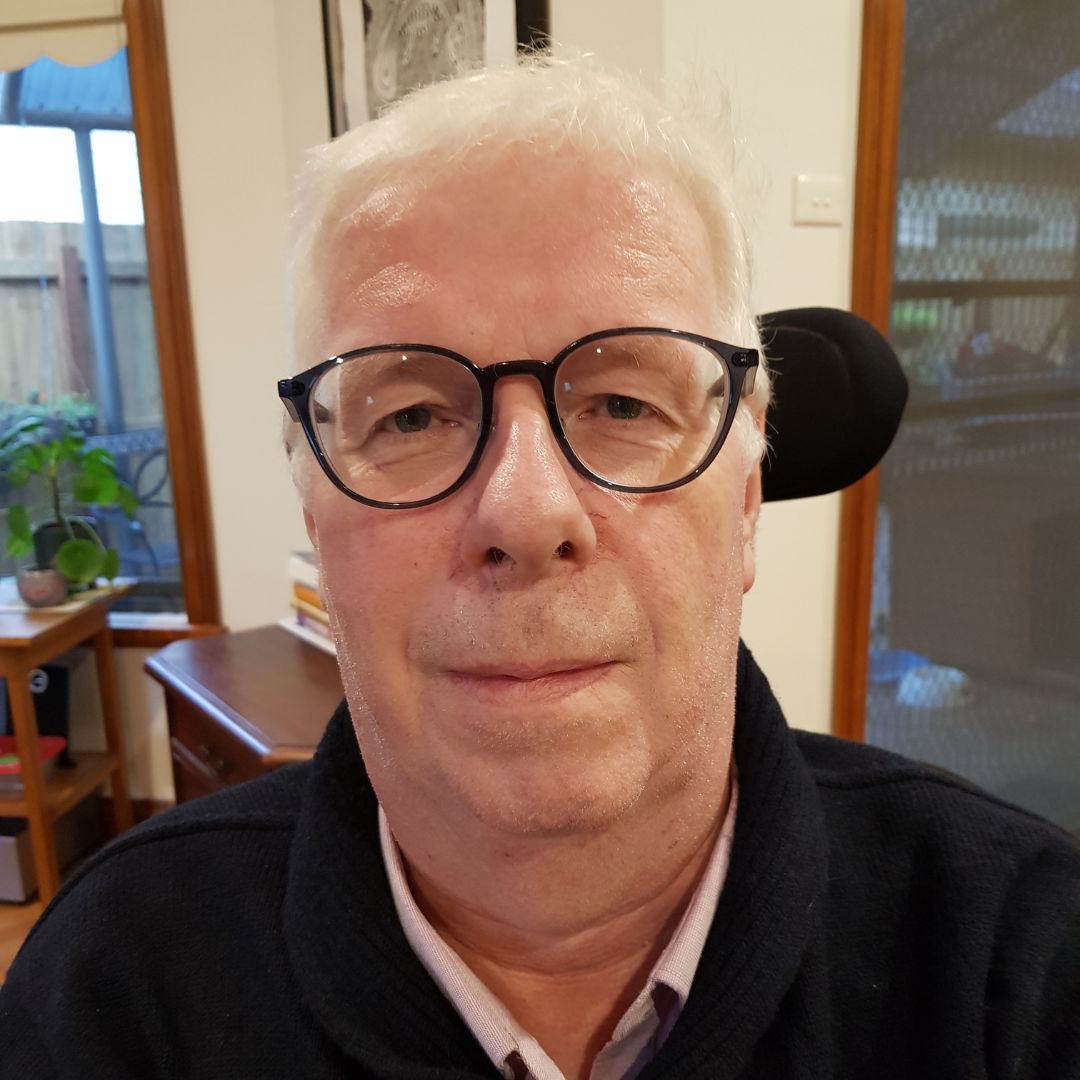 Ben is retired from the public service where he worked as a policy advisor in both multicultural and Aboriginal affairs for the Victorian Government. Prior to that he worked as an academic in the fields of ethics, political philosophy and public policy.

In 2012, Ben became a paraplegic as the result of bleeding in his spinal cord. With the help and encouragement of his employer, he was fortunate enough to be able to continue working until 2015.

In retirement, Ben has been much involved with the care of his grandchildren. He has also taken the opportunity to return to study, with a particular interest in the non-pharmacological management of pain. He volunteers as a peer support worker with AQA Spire, assisting others with a recently acquired SCI to adjust to their changed circumstances. Since his injury, Ben has travelled both internationally and interstate.